This post defines and describes the expression 100GBASE-R for 100Gbps Ethernet Applications.

What does the expression 100GBASE-R Mean?

For Ethernet applications, the IEEE 802.3 standard states that the term “100GBASE-R” represents a group (or family) of Physical Layer (e.g., 100Gbps Transceiver) devices that do the following:

Please check out the post on 64B/66B encoding to learn more about that encoding scheme.

Where is this PCS Encoder/Decoder Located?

IEEE 802.3 states that the 100GBASE-R PCS block (e.g., the entity that performs the PCS Encoding/Decoding) resides between the “Reconciliation Layer” and the “PMA” (Physical Medium Attachment), as shown in Figure 1 below. 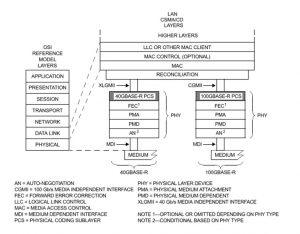 Figure 1, Architectural Positioning of 100Gigabit Ethernet (from the IEEE 802.3 Standard)

But, in a real system, this PCS Encoder/Decoder often resides in the same IC that also contains the MAC (Media Access Controller).  Figure 2 presents an illustration of a MAC that contains the PCS Encoder and Decoder functions.

Figure 2, Illustration of a Connection between the MAC and a 100Gbps Transceiver IC.

What is the Manchester Line Code

The Manchester Line Code is a line code that transports both data and timing information on a single serial binary data stream.

The Manchester Line Code is used in the Physical Layer.

A Manchester Line Encoder works by encoding each data bit to be either low-then-high or high-then-low – for equal amounts of time.  Since this encoded data is “high” and “low” for equal times, there is no DC bias within this signal.

Figure 1 presents an illustration of a data stream that is being encoded into the Manchester format.  The very top trace is that of a clock signal.  The middle signal trace contains the data (that we wish to encode).  Finally, the bottom signal trace presents the resulting encoded data.

Figure 1, An Illustration of a Data Stream being encoded into the Manchester format.

Manchester coding works by exclusive-ORing (XOR) the Original Data and the Clock signal as Table 1 presents below.

Where did the Manchester Line Code come from?

The University of Manchester (in the United Kingdom) developed the Manchester Line Code.

What are its strengths?

What are its weaknesses?

Where is it used?

This post presents a discussion of the Physical Layer, within the OSI Reference Model.

What is the Physical Layer – within the OSI Reference Model?

The Physical Layer is the lowest-level layer within the OSI Reference Reference Model.

Figure 1 presents an illustration of the OSI Reference Model, with the Physical Layer circled. 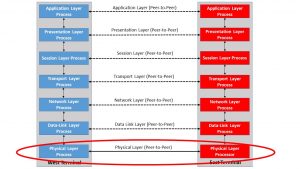 Figure 1, Illustration of the OSI Reference Model – with the Physical Layer circled

Figure 2 presents a closer look at the role that the Physical Layer controllers play in the transport of data. 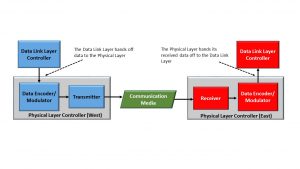 Figure 2, A Simple Illustration of the role that the Physical Layer controller plays in the transport of data across a media

For copper media, the Physical Layer will be concerned with the following design parameters

For an optical fiber, the Physical Layer will be concerned with the following design parameters

The Physical Layer will be concerned with the following design parameters, regardless of the communication media.

The Physical Layer in other Standards

You can access the posting for the Physical Layers of each of these Reference Models, by clicking on the links below:

This post presents a brief definition of the OSI Reference Model.

What is the OSI Reference Model?

The communications/networking industry has defined many standards using something called a Reference Model.

A Reference Model is an abstract way of looking at the problems of defining and designing a Communications Network.

Figure 1 presents an illustration of the OSI Reference Model

Figure 1 shows that the OSI Reference Model consists of the following layers (when starting from the lowest layer and going to the highest layer):

You can click on each of the layer names, to learn more details about each layer.

Figure 1 also shows two data communication terminals, that are communicating with each other.  This figure illustrates seven (7) blocks or processes, within each terminal, that supports the role for each of these layers.

There are three basic ideas behind the design and implementation of these layers.

We will discuss each of these concepts, below:

Independence means that the system designer should design a single layer such that it is independent of the designs for the other layers.

For example, the System Designer can choose to use a Copper Media (e.g., Coaxial Cable, Twisted-Pair), Optical Fiber (e.g., Multi-Mode Fiber or Single-Mode Fiber) or go wireless.  The designer’s choice for the physical media should not effect on the design of the Data Link Layer layer or on any of the remaining five (5) higher layers.

Thus, if the user, later on, decides to replace the copper media (within the physical layer) with optical fiber, this engineering change will certain affect the design of the Physical Layer.  However, this design change should not affect the design of the Data Link Layer (nor the 5 higher layers).  All these layers should still function in the same manner whether one is using a copper, optical fiber or wireless media.

Likewise, the purpose of the Data Link Layer is to provide a communication/error-detection service for the Networking Layer (e.g., the next higher layer), and so on, all the way up to the Application Layer.

We discuss the concept of service, in greater detail in “The OSI Reference Model at Work – A Macro View”.

Figure 1 presents an illustration of a simple Communications Network, consisting of two terminals.

For example, the Physical Layer (at each of the terminals) will contain transmitting circuitry (e.g., some circuitry that transmits data from the “Source Terminal” to the “Destination Terminal” over the selected medium).

Likewise, the Physical Layer (at each of the terminals) will contain receiving circuitry (e.g., some circuitry that receives data from the remote/Source terminal).  This circuitry has been designed to be able to receive data that has traveled over some distance (over the medium of choice) and compensate for any distortion/impairments that the data signal will experience within the media.

We discuss the concept of “peer-to-peer communication” in greater detail, in “The OSI Reference Model at Work – A Macro View”.

Other Communication Standards have their own Reference Models as well.

You can click on each of these links to learn more about these Reference Models.

This post provides the reader with a detailed definition and description of a Transceiver.

The word “transceiver” is a shortened expression for the phrase “transmitter-receiver”.

A transceiver is a Physical-Layer device (or circuit) that has two responsibilities:

In other words, a transceiver supports both a “transmitter” and a “receiver” function.

Transceivers are designed in either the form of an IC (integrated circuit) or via discrete circuitry on a board.

Modern-day transceivers also include circuitry that performs the following functions:

Transceivers may also include circuitry that supports “zero-suppression” techniques, depending upon the protocol that it is supporting.  In this case, the transceiver would include circuitry that ensures that it will never transmit a long string of consecutive “0s” out onto the line.  The purpose of “zero-suppression” is to ensure that the Clock and Data Recovery PLL (Phase Locked Loop) at the Receiving Terminal will have enough transitions in the line signal (that it receives) to maintain “phase/frequency lock” with the incoming signal.

Examples of Zero-Suppression techniques would be: